There are the obvious challenges. What happens if an employee is promoted or transferred and becomes the supervisor of his/her relative? Are there policies and procedures in place on how to handle allegations of favoritism by other employees? How are you going to address family matters that find their way into the workplace?

There are less obvious challenges, but are just as important to know how to address. What if you are required to discipline the relative and their mother/father/aunt/uncle, who is also an employee, takes issue with how you administered discipline? Would you hesitate in terminating an employee if you had concerns that doing so would cause an otherwise exemplary employee to leave, or worse, become a disgruntled employee?

We recently had a hotline call that addressed some of these challenges. 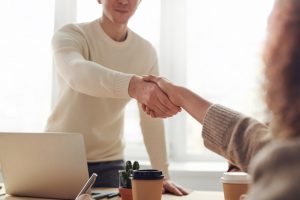 he company had decided to hire the wife of a well-respected department manager to work in the warehouse. The wife was a bit abrasive and had difficulty interacting with other employees, but the company thought so highly of the department manager, they were willing to overlook these issues—at least at first.

Initially, the other employees were understanding and tried to cope with the wife’s abrasive personality. However, over time they became less understanding and began to complain about the wife’s behavior to HR.  The department manager, her husband, was unaware of the other employees’ concerns because none of them wanted to approach him with their concerns due to the familial relationship.

When HR went to the owner about the complaints they had received, he was troubled that the otherwise relaxed environment was being disrupted by this employee’s behavior and wondered what to do.  Normally this type of conduct would lead to counseling and perhaps disciplinary action, but there were many things to consider.  For example, how would the husband respond to his wife being counseled (or worse, disciplined) for her behavior toward her co-workers? What if it upset him so much he threatened to quit? The company didn’t want to lose this well-respected department manager. Should the husband, who was not his wife’s direct supervisor, be informed of the issue so it could be addressed separately? Should the husband be included in the counseling?

It is advisable (and was also our advice) to deal with performance issues directly with the employee and his/her direct supervisor. Involving the relative, while perhaps well meaning, is not advisable.

Although hiring relatives or a person who has a close relationship with a current employee, on its face, seems like an easy solution to a difficult problem, it comes with certain challenges—as this situation makes clear.  It also may put the employer in the difficult position of having to transfer or even terminate one of the employees in order to avoid an actual or perceived conflict of interest.  To avoid these types of situations, employers should have a nepotism policy in place, which explains the potential conflict of interest and the procedure for avoiding such conflicts.