A decade ago, Thoran Towler, a labor and employment attorney at the time, had cases involving employees who were terminated for calling in sick when they weren’t physically ill but needed a day off work to unwind.

Whether it was due to the stress of their job or dealing with depression — or perhaps their brains simply needed a break — these employees needed to take a “mental health day.”

Now, in 2018, companies are not only excusing mental health days, some are putting such paid time off into their workplace policies in an effort to invest in the mental health of employees, said Towler, now the CEO of Nevada Association of Employers.

“Just the evolution of it, employers have told me, ‘Hey, we’re going to put this into the policy,'” Towler said of mental health days. “That, a couple times a year, if you’re just not doing well and you need to call out, it’s not a problem. That’s a definite shift I’ve seen. And it’s one that I definitely support.”

After all, with mental illness affecting an estimated 43 million adults in the U.S., employee mental health and substance abuse issues cost employers between $80 billion and $100 billion a year, according to the National Institute of Mental Health (NIMH).

All the while, roughly 217 million days of work are lost annually due to productivity decline related to mental illness and substance abuse disorders, the National Business Group on Health reports.

Truth is, according to the National Alliance on Mental Illness (NAMI), workers experiencing unresolved depression are estimated to encounter a 35 percent drop in their productivity.

These glaring statistics show the rising issue of mental health among employees, and officials suggest they may be reason for companies to strengthen their support of mental health in the workplace, whether by offering mental health days to employees who need them or by educating managers to recognize signs and symptoms of varying conditions and diseases.

This rings especially truly in Nevada, which ranks last in the nation in mental health, according to Mental Health America’s 2018 State of Mental Health Report, which measures everything from a state’s prevalence of mental health conditions to its availability of care.

The Silver State’s rank as one of the worst states to live for people with mental health challenges is precisely why Steve Shell, of Signature Healthcare Services, has opened two behavioral healthcare hospitals in Nevada (in Las Vegas and Reno) in the last five years. This year, in April, Shell opened up the first mental health and addiction treatment hospital in Reno in more than 35 years.

Currently, Reno Behavioral Health has 40 open beds for adults 18 years and older and just recently opened up 10 beds for youth ages 12 to 17. By the end of the fall, the hospital is planning to have all 124 of its beds open. 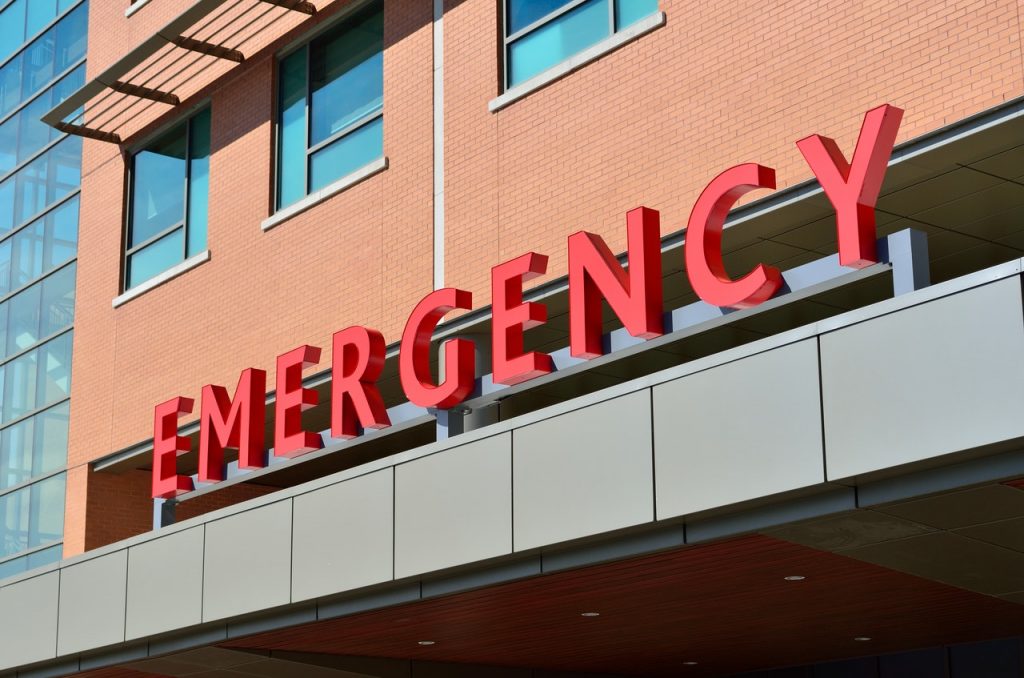 “As we open new beds those beds are filling up almost immediately,” Shell said in a phone interview with the NNBV.

He added that the “sheer call volume” received related to opioids highlights how widespread the issue is in Northern Nevada.

In addition, Reno Behavioral Health is trying to educate the business community about what signs and symptoms to look for in employees who may be dealing with mental health and/or substance abuse issues and encourage them to get treatment as early as possible.

“From a business perspective, employers spend a lot of money to recruit and train staff,” Shell continued. “After we’ve spent that money, we want to make sure that we retain employees. And if you have an employee with behavioral health issues, you can certainly lose that employee at some point if their issues aren’t being addressed.

“When an employer is looking at turnover, they might not be even thinking about those individuals having mental health or addiction issues that contributed to that turnover.”

Shell said because there’s such a stigma about mental health and addiction, a lot of employers don’t “necessarily focus or think about” their employees having those issues.

With that, Shell said the Reno Behavioral Health team offers education materials and has been reaching out to HR directors and CEOs of Northern Nevada companies to “let them know that we’re here if their employees need us.”

He said the hospital is willing to do workshops for employers, as well.

Added Shell: “It really starts with education; making people aware what the issues are and what treatment is available.”

Nevada Health Centers (NVHC), which has more than 15 sites dotted throughout the state, provides an array of services — from pediatric medicine to family practice to mental health.

“We’re trying to really create access for mental health services throughout the state, because in the rural areas there’s really not a lot of providers … and even less mental health providers,” Rich told the NNBV. “So access to healthcare in rural areas is really a challenge.”

From an employer perspective, Rich said the organization offers an Employee Assistance Program (EAP) so employees can access mental health help beyond what their health benefits offers.

“It’s certainly an issue that we try to help employees with because we know it creates problems,” Rich said. “And we want them to be able to do their job, so we try to get them the help they need.

“But, I think overall from an HR perspective, it’s still something that’s kind of in the shadows. I think there is still a stigma about it, so I don’t think employees are really coming out and saying, yeah, I suffer from depression or am bipolar. I don’t think we’re at a point in society where employees are comfortable doing that.”

Towler said that often employers forget that they have an EAP, which is usually a third-party company.

“Employers forget about it, but then they’ll call me and say, ‘Hey, I can tell this person’s really depressed, what do I do?'” Towler explained. “And my first thing is to remind them of the EAP that they have. That’s kind of the standard most employers will do, especially the larger employers.”

Towler said he’s also seeing many companies trend toward removing the caps on how many counseling services they will cover. Meaning, employers are giving greater access to mental health counseling for employees and — such is the case with some companies — their families.

“That’s a financial cost that I think a lot of employers that I’ve seen are saying, we’re not going to put a cap. It’s like, what if we put a cap on prescriptions?” he said. “So lifting those restrictions and getting people to be more open about that is a good thing.

“Anything employers are doing to help with mental health is a good thing.”