Have you ever experienced a manager who has gone rogue and potentially set the company up for liability?  If so, this situation might sound familiar to you. 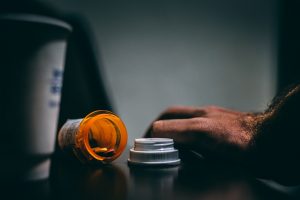 An employee was called into her manager’s office.  The manager informed her that he had heard a rumor that she was taking medication and believed she might be impaired at work.  She denied that she was taking any medication or being impaired at work. Nevertheless, the manager insisted on driving her to a drug testing facility and requested that someone from the testing facility observe the test.  The employee felt humiliated and embarrassed having to urinate while being observed.

To make matters worse, when the manager returned to the office he decided to tell several employees about the drug test and asked others if they had ever witnessed this employee impaired.

The employee was not in a safety-sensitive position, had never shown any signs of impairment at work, and had never sustained a work-related injury.  There was never any reasonable suspicion — just gossip and rumors.  And guess what? The drug test was negative. And, as is usually the case in these situations, Human Resources was unaware that any of this was happening until afterwards.

To complicate an already problematic situation, the drug tested employee was a member of a local union and had no union representation during the whole ordeal.

The possible consequences from the above situation:

NAE strongly advises its members to make sure that the entire management team is well trained in best practices that are consistent with the company’s policies and procedures, not to mention the terms of any collective bargaining agreement if the company is unionized.  Managers and supervisors are considered to be officially representing the company when they take these kinds of actions.  If NAE can help with any training needs you may have please don’t hesitate to contact us.