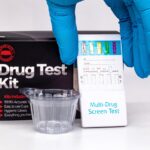 July 21, 2021 | Category: Cannabis Laws, Drug Testing, Employment
In June, Amazon announced that it would no longer include marijuana in it’s drug testing program for positions not regulated by the Department of Transportation (DOT). Marijuana use would be treated the same as alcohol use. Amazon joins a growing list of companies that have shifted their workplace drug policies. However, most of those companies […]

BREATHALYZER FOR MARIJUANA – SOLUTION FOR DETERMINING IF SOMEONE IS IMPAIRED AT WORK?

December 13, 2019 | Category: Cannabis Laws, Drug Testing
Two new “breathalyzer” tests being developed by the University of Pittsburgh and Hound Labs, respectively, are set to hit the market in 2020 and are being marketed as the solution that employers have been waiting for. The devices, similar to breathalyzers used to measure breath alcohol content, use advanced technology to detect and measure recent […]

June 26, 2019 | Category: Cannabis Laws, News
Nevada cannabis laws have made recreational marijuana use legal for years now. However, since cannabis is still considered illegal at a federal level, federal laws prohibit cannabis related business from having access to financial institutions such as banks. Businesses are forced to work on a cash basis, putting both customers and employees at an increased […]

June 18, 2019 | Category: Cannabis Laws, Drug Testing, News
After nearly two years of allowing recreational marijuana use, Nevada has enacted a law restricting most employers from using a marijuana drug test to reject potential employees. The move comes as a growing number of Nevada businesses move away from cannabis screening as more job applicants use the recreational drug. Since the legalization of marijuana, […]

January 14, 2019 | Category: Cannabis Laws, Drug Testing, Employee handbook
Former Nevada Controller, Ron Knecht, and former Deputy Controller, James Smack, recently authored an opinion piece for the Northern Nevada Business View calling for an end to the federal prohibition of cannabis. Seeing some of Nevada’s top-level Republican leadership alter course on this issue may be indicative of a larger shift on the horizon at […]

August 17, 2018 | Category: Cannabis Laws, Drug Testing
In February of this year, Thoran Towler, our CEO at Nevada Association of Employers, wrote an article for the Reno Gazette Journal that explored recreational cannabis use in relation to Nevada’s waning labor supply. In the article, Towler implicitly raises the question, “Should Nevada employers consider revising their drug policies to accommodate the hiring of […]